The Intruder (A true story)

How one young woman fended off an intruder with only the everyday tools of womanhood.
Yesterday evening as I opened the door to my hotel room (which was slightly ajar) and groped for the light switch, I noticed a dark shape lurking beneath the desk, across from my bed. I flipped on the light, and stood face-to face with The Intruder. Neither of us had expected to so abruptly meet the other, so there we were, motionless, assessing the situation and each other. I knew that it was a dangerous position for me to be in; a lone female in a room at the end of the hallway with this large, dark Intruder. My mind raced to try and think of a man I could call to help me but none was near. Woe is me, what I would have given to have a means of defending myself...! 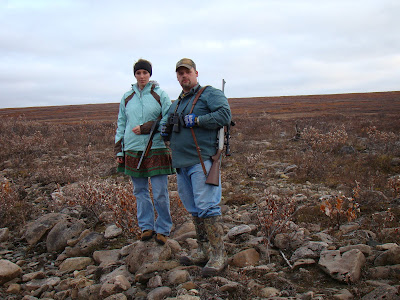 But nay... there was no gun or tough brother to save me now. This was not Alaska. I was on my own. I breathed a prayer and grabbed the closest thing I could; my trusty curling iron. Again and again I tried to bludgeon him without seeming to make any difference. Each time I drew back he bounded to another side of the room, mocking me with his resilience to my petty efforts at driving him away. He toyed with me as I grew increasingly terrified.
A new plan of action was in order. Bolting into the bathroom, I groped for the only other thing I could think of for self-defense: my hairspray. Holding it like a pistol in front of me with more authority than I felt, I eased my way back into the room and faced the desk.
He was gone.
My eyes widened in horror as I glanced, frightened, around the room. Where would he had disappeared to so silently, so swiftly? Was he hiding under my bed now, or around some corner? Alas! I stood there helplessly, feeling infinitely vulnerable and beginning to shake with adrenaline and nerves. Again I prayed.
And then I saw him.
I rushed towards him and aimed for his dark, sinister eyes, spraying repeatedly until he groped blindly around the room, unable to see where he was or what I was doing anymore. Then, I threw the hairspray aside and grabbed another instrument of death: I grabbed a shoe. As he staggered and seemed to recover his bearings, I lifted the shoe like Eowyn, the White Lady of Rohan raising her glistening sword to destroy the evil witch king. 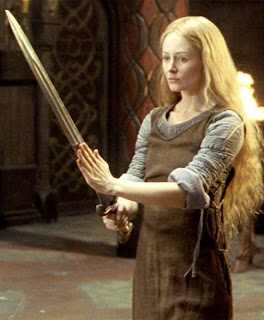 With a last primal cry of terror and desperation I brought my shoe down fully on his head. He staggered...fell...clutched and clawed at the air in a final attempt to grab me. But he and I both knew it: I had won.
I found an empty pantyhose box and scraped the twitching remains of my enemy into it, then brought him to the toilet and flushed his body down.
Exhausted from the battle, I stumbled back into the bedroom and sat on my bed, breathing a shaky sigh of relief. My hands were trembling and my heart was pounding. There before me was the evidence of the fight; the desk askew, an empty pantyhose box, a curling iron, a shoe and my hairspray.
I had battled. And I had won. I was a stronger woman because of it. 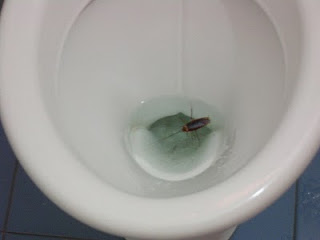 NOTE: The beast in the above picture is NOT the beast which I defeated. Mine was much larger and looked significantly more evil. Taking pictures during or after the battle was the farthest thing in my mind so I am stealing a picture from the internet to give you an idea of what his demise looked like.
Posted by Dani at 11:49 AM

Thanks--I'll be thrilled to hear from you!

Dani
I am Danielle. Just another servant, friend, and daughter of the Most High God.

Until the whole world knows: